With climate change issues becoming more significant, there’s been growing interest in sustainable infrastructure investment and financing across the world. Kelvin Wong, Global Head of Power and Utilities and Subash Narayanan, Global Head of Project Finance, discuss investment and financing trends developing in the Asian energy sector, and how businesses in the region can stand to benefit.

As the penetration of renewable energy increases across the grid, the issue of managing grid stability has become a key concern. We have seen curtailment of renewable energy generation as parts of the grid in Australia as well as Asian countries such as China, Vietnam and India become temporarily overloaded with intermittent power generation.

Managing risks related to the intermittent nature of renewable energy calls for concerted effort by regulators and policymakers to strengthen the grid through various means, including providing additional capacities, developing smarter grids and implementing policies to manage intermittency and provide for ancillary services. This is especially important as the most popular choices of renewable energy are solar and wind, both of which are prone to weather-induced fluctuations.

Given the above, we believe there will be a proliferation of Battery Energy Storage Systems (BESS) in the near future to manage grid issues.

DBS recently financed the Vena Energy-sponsored Wandoan BESS project, a benchmark standalone battery energy storage project in Australia and the first of its kind in APAC to be financed by commercial banks. This paves the way for BESS to be an interesting asset class for investment in the future, either as a standalone asset or as a hybrid system with solar/wind projects and helps regulators and developers in Asia visualise how BESS can be used to complement a grid system operator’s current toolkit. Already, we have seen hybrid projects in Southeast Asia  being requested for by grid operators, including solar-plus-battery projects bid out in Indonesia last year as well as round-the-clock tenders in India.

A key driver of the demand for BESS will be how quickly the cost curve for BESS evolves over the next few years; if solar panel cost curves over the past years are any indication, we expect similar rapid increase in BESS installations.

Not only have many enterprises around the world announced targets for procurement of energy on a sustainable basis (this includes
RE100 and other initiatives), many have also requested their suppliers adhere to sustainable procurement targets for energy usage. And with companies seeking renewable energy power for their own consumption, business models in Asia are rapidly changing, with increasing demand for distributed generation or corporate Power Purchase Agreements (PPAs).

While many developed power markets are fully deregulated, most developing countries in Asia are still adopting regulatory models centred around long-term power purchase agreements. This is also driven by the fact that in many countries, power price charged to consumers is on a subsidised basis.

As such, the new demands of corporate customers in Asia require regulatory support to facilitate the business-to-business procurement of renewable energy. In this regard, we have seen various countries coming up with structures that enable distributed generation. Typical structures include rooftop solar generation and behind-the-meter
on-site renewable energy generation-cum-captive consumption. In such instances, flexibility is key— sale of excess power to the grid and ability to draw from the grid when required is a critical part of the scheme.

Activity has picked up in parts of Southeast Asia, with DBS currently executing financing for rooftop solar assets and solar programmes across Thailand, Indonesia, Singapore and Hong Kong, and we are seeing similar projects in markets like India. These projects require a new approach to evaluating the offtakers, as it differs from the single offtaker model often used in utility scale projects. DBS has developed unique internal models to evaluate such portfolios.

Floating solar and offshore wind will be critical in the region

A key challenge in the roll out of renewable energy in Asia has always been limited availability of land for large-scale solar and wind farms. But innovative solutions to optimise land use have seen significant growth in floating solar and offshore wind farm projects over the past 18 months, especially in Taiwan, Singapore, Vietnam, and Indonesia.

DBS has been a market leader in this area—we financed some of the earliest and two of the largest floating solar projects in Asia, a 180 MW project in Taiwani  and a 60 MW project in Singaporeii. Technically, floating solar systems will present different challenges for investors and financiers given the lack of operational data, particularly of O&M costs, for large systems around the world. However, through deliberate advice and careful design, we believe that well-structured projects can be appropriately project financed and offer attractive returns for investors in Asia.

To date, around 290 MW worth of floating solar projects have been installed across Taiwan, Vietnam, and Singapore, with proposed projects of more than 850 MW planned across ASEAN, including Thailand and Indonesia.

Traditionally, power markets have been dominated by large players due to the significant capital investments needed. But with the rapid roll-out of renewable energy, which typically comes with lower investment quantum, we’ve seen significant growth in the number of smaller players in the market. Since the investment return cycle for renewable energy is long, there is a need for capital recycling or partnerships, and we have been assisting non-renewable energy companies to acquire or enter partnerships to optimise capital structures and fund raising.

For example, as sole equity fund raising advisor, we recently assisted a solar commercial and industrial specialist in Hong Kong named NEFIN to partner with AC Energy, a leading pan-Asian energy player. We see an increase in opportunities where we can leverage our expertise and track record to make more of such partnerships happen, thereby accelerating the energy transition process for many companies in Asia.

Asian companies urgently need to make progress on the energy transition journey. However, this requires opportunities and capital. DBS has been at the forefront of working with companies and governments in Asia to put together credible and auditable green/sustainability frameworks. We then help them to issue a green or sustainability-linked bond, or arrange a green or sustainability-linked loan, enabling companies to command better pricing and/or liquidity in both the bank and capital lending markets.

Most recently, we were sole arranger for NEA’s maiden SGD 1.65 billion green bond issuance, the largest of its kind issued by a Singapore statutory board. We have helped Surbana Jurong with a benchmark SGD 250 million sustainability-linked bond (SLB) issuance, the first public SLB in Southeast Asia, as joint bookrunner. We were also joint bookrunner for SembCorp Industries’ inaugural SGD 400 million green bond issuance.

But the only way energy transition and sustainability-linked investments are going to work is if we take a holistic approach and help carbon-intensive companies successfully pivot. To this end, DBS, in partnership with Temasek, SGX and Standard Chartered, recently launched Climate Impact X (CIX), the world’s first blockchain-powered carbon exchange and marketplace. CIX provides transparency for carbon-intensive companies to procure liquidity via carbon offsets to make a real impact on conservation across the world.

With CIX, we believe more companies in countries with large swathes of land, such as Indonesia, can now think about conservation as a viable option as there would be proper price discovery.

There is a significant need for financing and capital recycling. The good news is: there is plenty of capital available. We believe that capital coupled with consistent support by regional governments in terms of policy will certainly help accelerate Asia-Pacific’s transition to a brighter and greener healthier future for all of us.

Contact our Power and Utilities or Project Finance team to learn more about how DBS can help you get the financing you need to reach your energy transition goals.

i One of the largest in the inter-tidal zone
ii Second largest in a reservoir
iii https://documents.worldbank.org/en/publication/documents-reports/documentdetail/261981623120856300/offshore-wind-development-program-offshore-wind-roadmap-for-vietnam 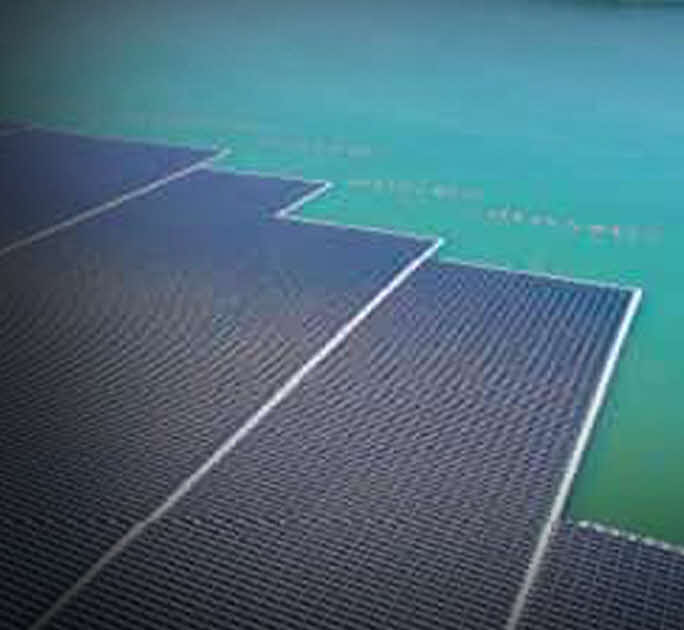 The Future of Asia’s Energy Sustainability

How would you rate your overall experience on this site?

How can we make your browsing experience better?

Thank you! We've heard you.

Your feedback is valuable to us.